Protection for the hull: Fraunhofer IMWS presents Antifouling-lake on the MS-Wissenschaft

Algae, barnacles and mussels, which attach themselves to the hull, are uninvited passengers in shipping: they increase fuel consumption and damage the material. Together with partners, a non-toxic paint has been developed at the Fraunhofer Institute for Microstructure of Materials and Systems IMWS, which prevents this biofouling effectively. The Fraunhofer IMWS presents the technology on the MS Wissenschaft (Motor Ship "Science”) from today: The floating exhibition will be visiting 35 towns and cities and offers a voyage of discovery through the world of the seas and oceans.

Solid surfaces immersed in the sea quickly become occupied as a habitat by microorganisms, algae, barnacles and mussels. For shipping this growth is a serious problem: If a ship lies at anchor, within a very short time diverse organisms attach themselves to the hull and form thick layers, which make the ship heavier and increase its drag. The fuel consumption then rises significantly, coupled with correspondingly higher costs and harmful emissions.

The solution could be a paint coating, which has been developed by the Fraunhofer IMWS together with the Helmholtz Centre for Environmental Research, bioplan GmbH, NTC NanoTechCoatings GmbH and Schiffswerft Barth GmbH: The paint system is made up of several layers, can conduct electricity and is thus suitable as an electrode for electrolysis. A weak direct current of 0.1 milliampere (mA) per square centimeter flows through the paint layers. The outer coating of the paint functions once as an anode, on which oxygen and chlorine are formed. The water in the immediate vicinity of the surface becomes acidic, the pH value drops. The flow of current is reversed at regular intervals. The paint coat now becomes a cathode, on which hydrogen and thus an alkaline environment is formed. The pH value now rises again. The continuous change produces a pH stress, which prevents the settlement of microorganisms. This process, patented by bioplan GmbH, was decisively developed further by the Fraunhofer IMWS.

The method is significantly more environmentally friendly than the usual antifouling paints used to date, which often contain toxic substances, which accumulate in the water and sediment and harm sea dwellers. »With our system we protect the ships against growth, the water against toxic substances and the climate against unnecessary emissions«, is how Prof. Dr. Ralf B. Wehrspohn, Head of the Fraunhofer IMWS, sums up the idea. He presented the technology today for the opening of the MS Wissenschaft in Kiel. On the exhibition ship visitors can find out more about the problem of biofouling, the consequences for industry and the antifouling solution from Halle. Within the framework of the »Seas and Oceans« science year, at more than 30 stations on different topics, the exhibition shows the importance of the seas and oceans for the climate, what role they play as a source of raw materials and how we can protect the oceans and use them wisely without depleting them.

The researchers of the Fraunhofer IMWS now want to develop the antifouling technology, which has already proven its worth in a long-term test in the Baltic Sea and an initial ship’s test, further for the commercial scale. To this end, a modern test rig will be set up in the Baltic Sea and a ship equipped for relevant long-term tests. At the Fraunhofer IMWS in Halle, a coating plant, which will be equipped, among others, by Böhnstedt Lackier- und Oberflächensysteme GmbH Berlin, is being set up for further optimization of the conductive paint.

»When we have demonstrated the long-term stability of the electrochemical antifouling system, we will be able to provide an effective and environmentally friendly protection against biofouling, which can be installed under shipyard conditions«, said the project manager, Dr. Uwe Spohn. The technology is also interesting for other applications. Because biofouling also plays a large role in cooling and air-conditioning technology, in drinking water treatment and for the foundations of offshore wind turbines.

Videos, photo galleries and background information on the antifouling paint system of the Fraunhofer IMWS and the MS Wissenschaft are available on our topic page. 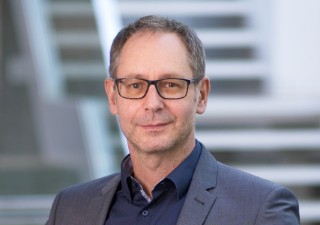