In a joint research project, the Fraunhofer Institute for Microstructure of Materials and Systems IMWS and FilmoTec GmbH Bitterfeld-Wolfen have developed a new technology that improves the resistance of microfilms to mechanical and biochemical environmental influences and thus increases their long-term stability.

Electronic data carriers such as CDs, DVDs, USB sticks or external hard drives are subject to a limited shelf life due to their different manufacturing and storage conditions. In addition, they have relatively short innovation cycles, which is why long-term archiving of data on silver halide-based microfilms is still used worldwide. The films consist of a transparent polyethylene terephthalate (PET) film base about 100 μm thick and a 10 to 15 μm emulsion layer containing silver halides in multiple layers. The emulsion layer is bounded at the top by a protective gelatin layer.

"The various ultra-thin layers in microfilms can peel off from each other or be damaged by microbiological changes. This can lead to the loss of stored data. On the other hand, the biocide phenol is usually added to the outer gelatin protective layer to prevent biochemical attacks and material destruction by microorganisms. The problem here is that phenol is highly irritating to the skin and has a strong local and systemic toxic effect," explains Dr. Ulrike Hirsch, project manager at the Fraunhofer IMWS.

This is where the development and research work of the project team comes in. The PET substrates were modified under atmospheric pressure with various gases and aerosols. Oxygen, nitrogen and argon were used as gases, and water and a water-based adhesion promoter were used to achieve improved resistance to antimicrobial attack. Compared to the treatments under atmospheric pressure, the researchers also carried out low-pressure plasma treatments with a defined gas composition, which allow a gas composition that can be adjusted much more precisely. The nitrogen-based adhesion promoter added was shown to improve the adhesion of the emulsion layers.

Instead of the toxic phenol, environmentally friendly and non-harmful biocides were added to the top gelatin material of the films to prevent biochemical attack and material destruction by microorganisms: Oregano, thyme and lemongrass oils. These are readily available on the market and are considered more suitable in terms of environmental compatibility and for human health compared to the conventionally used biocide phenol. The tests show that the photographic properties of the films are not affected by the modified and newly developed materials. 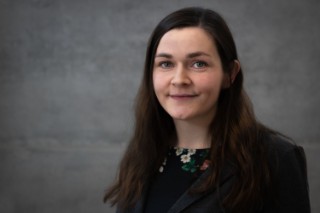