Glass ceramics are often used as material without significant thermal expansion. They are particularly resistant to thermal shock and do not change their shape when temperatures fluctuate. For example, they are used particularly often for ceramic glass hobs or for telescopic mirrors. Producing such glass ceramics is so complex in respect of process parameters and especially high melting temperatures, that only a few companies worldwide are in a position to produce such materials. Researchers at the Fraunhofer Institute for Microstructure of Materials and Systems IMWS discovered new negatively expanding silicates and integrated them into innovative glass ceramics with low thermal expansion. This innovative material facilitates better manufacturing processes and new uses for high-tech products or the mass market.

Scientists at the Fraunhofer IMWS have found a new crystalline material with the composition Ba1-xSrxZn2Si2O7 and with just this rare property. This is the first new negative-expanding silicate for 50 years with the great advantage that the manufacturing costs of glass ceramics with these new crystal phases is significantly below that of the conventional zero expansion glass ceramics.  A further advantage is that the expansion conduct of individual components can be set variably to wide ranges of temperature.

The crystallization conduct of this new glass ceramic had to be completely re-explored in recent years. It turned out that the new glasses, when converted into glass ceramics, tend to form micro-cracks, which cause inferior mechanical properties.

To prevent this, microscopically small crystals distributed finely in the volume must be produced. This needs nucleating agents, which cause the separation of the tiniest crystals in the volume through heat treatment of the glass. The actually required crystals can then grow on these extremely small seed crystals. Conventionally common nucleating agents such as ZrO2 or TiO2 do not work in the new glass systems at all. The Fraunhofer IMWS experts were successful in developing an alternative and completely new material.

»The glass ceramics we discovered show different crystallization behavior and significantly lower synthesis temperatures than those commercially available. Therefore, we produced the most diverse new glass compositions and examined them using high-resolution transmission electron microscopy. In the meantime we examined the crystallization, that is the transfer of the glass into glass ceramics, to the extent that larger components too in quantities of several hundred grams can be produced without cracking,« says Dr. Christian Thieme, scientist at the Fraunhofer IMWS.

Due to the significant lowering of the melting temperatures, the new glass-ceramic material can certainly replace conventional materials in certain fields of application, such as perhaps in precision optics. The availability and simple production of the new glass ceramics as well as setting of the zero-expansion range open up completely new areas of use: this includes for example passive components for optics or laser mirrors and head-up displays for pilots and motorists. The innovative material can also be used in the mass market such as for glass-ceramic cooking hobs. 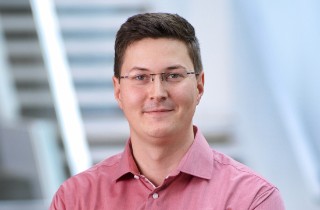