A hydrogen safety guide that can be used for future hydrogen projects has been developed by experts as part of a joint research project of the "Hydrogen Power Storage & Solutions East Germany - HYPOS" initiative. The guide contains safety and organizational information that enables the safe operation of hydrogen production, transport, storage and utilization facilities. The Fraunhofer Institute for Microstructure of Materials and Systems IMWS contributed its expertise in risk analyses for electrolysis systems.

"Safety in the handling of hydrogen is a fundamental prerequisite for hydrogen application projects," explains Dr. Hartmut Neumann of TÜV SÜD Industrie Service GmbH, who coordinated the project. TÜV SÜD, Dresden University of Technology, Dr.-Ing. Veenker Ingenieurgesellschaft mbH, Otto von Guericke University Magdeburg and Fraunhofer IMWS worked together on the project over a period of three and a half years, with the aim of analyzing specific risks of hydrogen technologies and developing a methodology for an integrative safety assessment of the technical-technological value chain of "power-to-x" technologies.

"We supported the project with input on risk analyses for electrolysis systems and on their safety-related material and system requirements," says Jonas Bollmann on the role of the Fraunhofer IMWS. In this way, the individual electrolysis systems were examined on the basis of location factors, components and materials used, and safety-related special features were worked out for the various technologies of alkaline electrolysis, PEM electrolysis and high-temperature electrolysis. This analysis also included factors that influence or limit the operating possibilities of the various systems. These findings are incorporated into test cycles for electrolysis systems, such as those produced by the institute as part of the Hydrogen Lab Leuna (HLL) and used for system testing in an existing hydrogen infrastructure.

The focus of the project was to accompany further HYPOS projects with regard to safety issues so that a uniform approach is available for recording and assessing risks, which has now been brought together in a guide. "The guide provides users, manufacturers or project developers not only with an initial orientation, but also with concrete advice on how to get started with the topic of hydrogen safety at all the considered stages of the value chain," says Neumann, explaining the project result. "On the one hand, it provides the basis for considering safety-relevant aspects, and on the other hand, it can be the starting point for further technical discussion on how to deal with real and relevant risks of a hydrogen economy." The guideline thus forms an important building block for adapting and optimizing the existing and emerging hydrogen infrastructure. 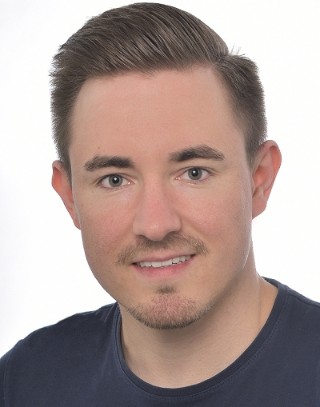