The next generation of solar cells will contribute significantly to a sustainable power supply on a global scale. For state of the art technologies such as PERC (Passivated emitter and rear cell), a team from the Fraunhofer Center for Silicon Photovoltaics CSP has now researched an active mechanism that can be used to optimize high-performance cells.

PERC stands for Passivated emitter and rear cell. These enable greater luminous efficacy in the rear area of the cell and thus a higher current yield. PERC technology currently dominates the market, can be implemented in inexpensive mass production and enables even more powerful photovoltaics.

Since the highly efficient solar cells of new generations are not yet as well researched as standard technologies that have been established for decades, new causes of defects, degradation processes or risks of failure can also be associated with them. The team led by Dr. Stephan Großer, project manager in the "Diagnostics and Metrology" group at Fraunhofer CSP, wants to create solutions for this at an early stage. CE Cell Engineering GmbH, which specializes in technologies and processes for the optimization of crystalline solar cells, was on board for the project, which has now been completed.

The subject of the research was faulty semiconductor-to-metal contacts in the cells, where there was insufficient electrical contact formation between the metal and semiconductor. The team tested whether and to what extent the use of laser-assisted current treatment at the contact points improved the performance of the solar cell contacts. By analyzing the microstructure, the previously unknown physical mechanism of action of contact formation by the Laser Enhanced Contact Optimization process, also known as the LECO process, was identified at the interface between the metal and the silicon wafer. The LECO process represents a downstream process that improves the metal-semiconductor contacts, thereby increasing the yield of production. The optimization of the contact takes place through a large number of microscopic current-fired contact points, which enable a very low series resistance between the metallic silver contact finger and the doped silicon wafer.

The researchers at Fraunhofer CSP also applied for patents for novel methods for electrical characterization and evaluation of LECO process parameters. The studies conducted on the stability of the solar cells showed that the LECO process used did not result in any damage to the solar cells.

"R&D activities form an important part of increasing the efficiency of solar cells, and thus improving the competitiveness of solar energy and saving CO2. The results of the research project are a helpful building block for us to develop and produce innovative machine technology for the global market," says Patrick Müller, Managing Director of CE Cell Engineering GmbH. 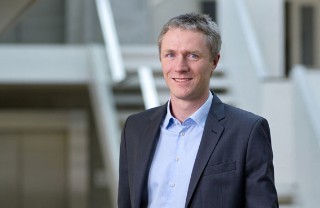